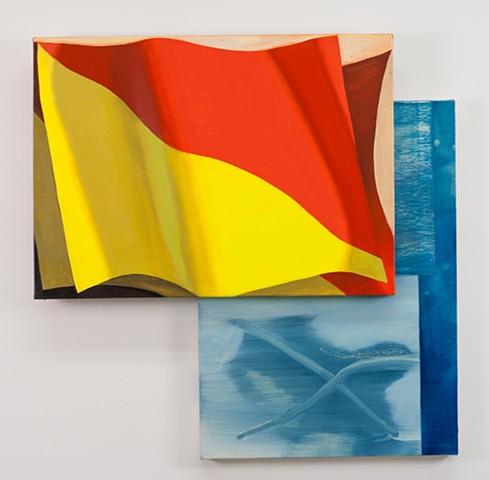 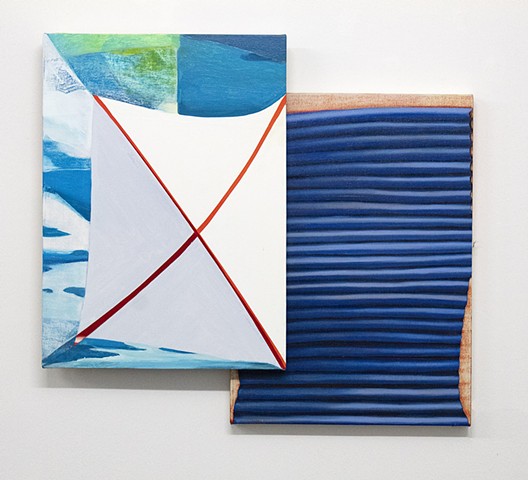 I am Trying to Communicate with You
Oil on Canvas over Wood Panel (In 2 Parts)
18” x 30”
2019
Private Collection, Austria 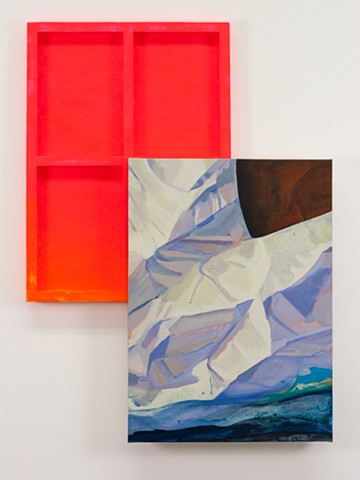 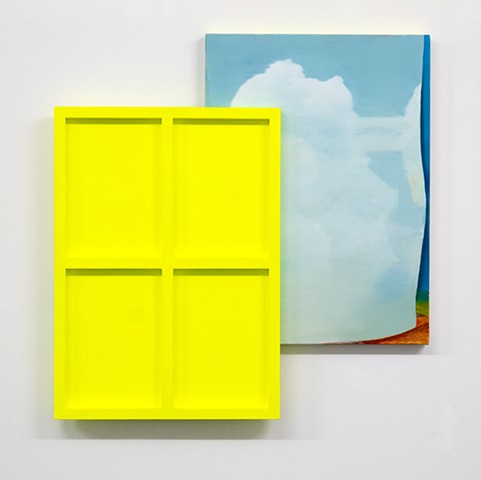 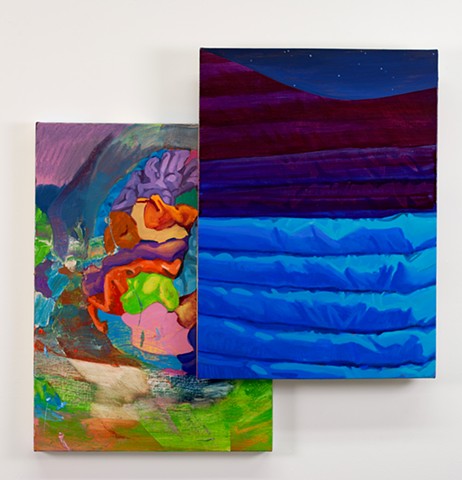 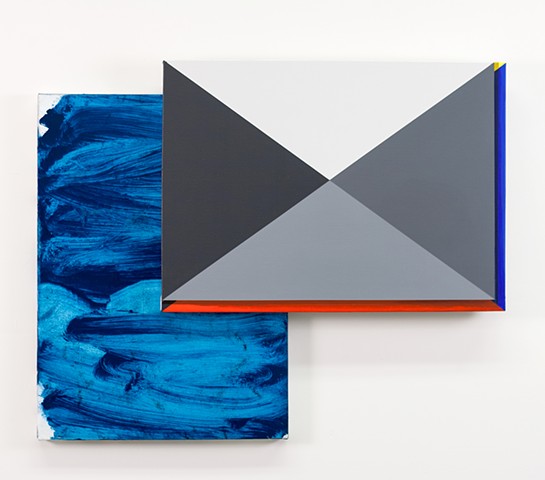 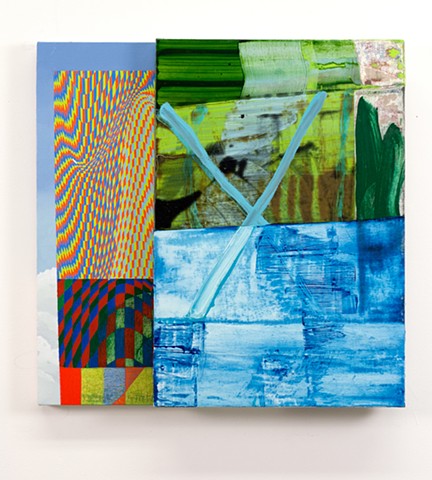 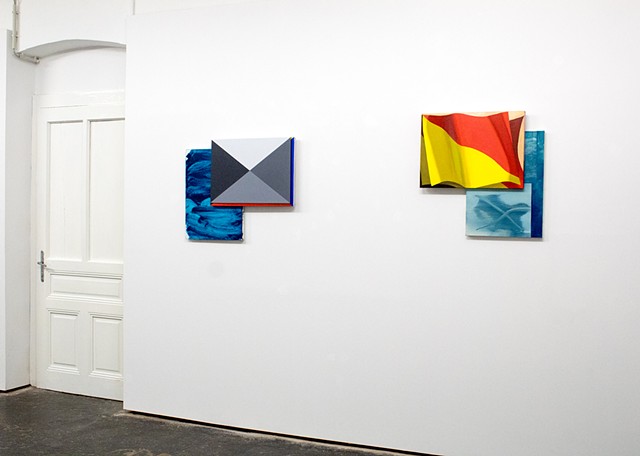 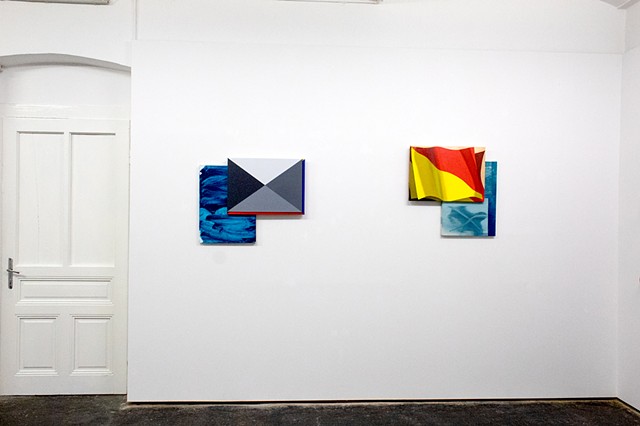 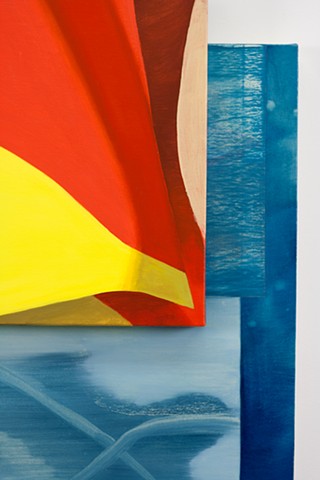 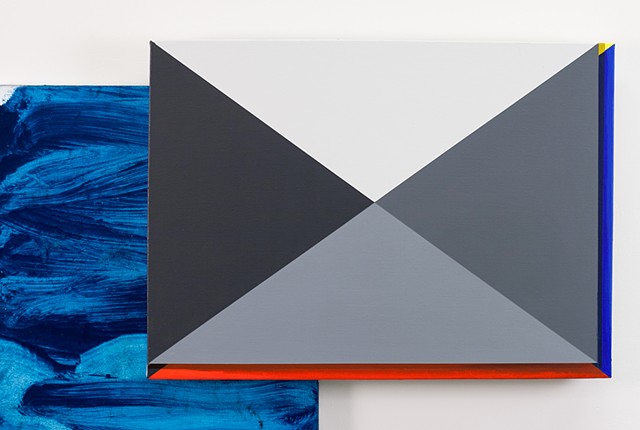 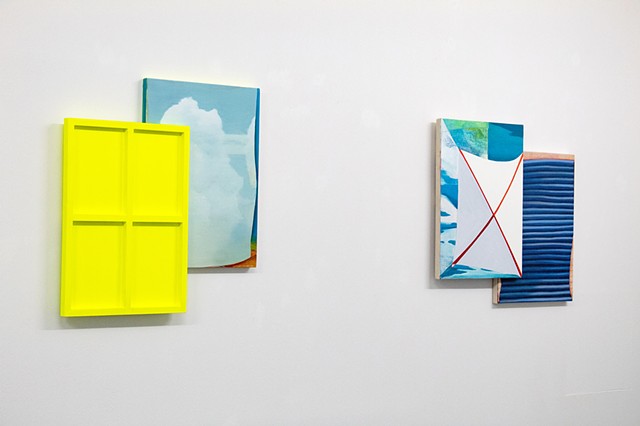 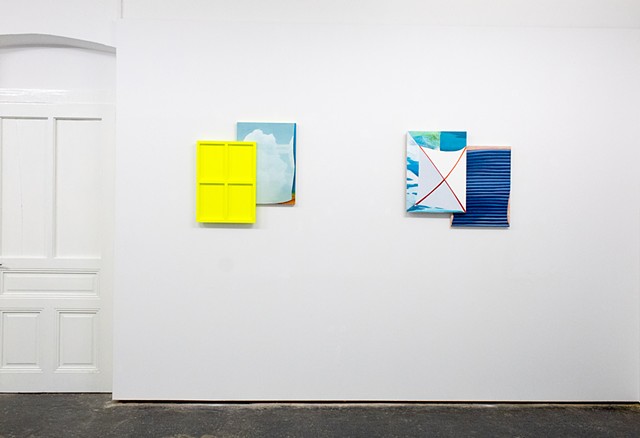 I like to think about Steve Budington's work as existing "on the threshold" in two distinct ways. On the one hand, these paintings work as objects, in this case, diptychs often arranged such that they overlap. On the other hand, they work as images that recall thresholds, such as a window—the area that separates the inside from the outside. The window is a common topos throughout the history of painting, and the view from these various art historical windows have had different meanings, ranging from a view of a landscape beyond the reach of the figures depicted in the interior to a view out of the window of a time characterized by revolt and war, in which viewers can imagine the painting’s subjects as protected by their own four walls. In painting, however, the window is also a popular motif for tricking the senses. Think, for example, of trompe l’oeil painting. And while at first glance it may seem contradictory, the window has been of great importance as a motif for artists committed to abstraction. Ellsworth Kelly, for example, created a whole series of "window pictures," and windows, with their clear geometry and open structure, were an important driver of his path to abstraction. Ellsworth Kelly may be a productive bridge to Steve Budington's work. After all, Steve has worked with shaped canvases in the past. Steve says about his works that they relate to the visible world and exist somewhere between the world at a remove, for example, via mapping, and the world of direct experience. These paintings' two-part images give physical structure to the ideas that any one thing can be seen and understood only in relation to other things. Steve has always been interested in diagrams and maps as systems of representation of complex facts and circumstances, and these sometimes find their way into his works. Although abstract, Steve’s paintings make clear that we are dealing with fragments of an external reality. The compositions are suggestive and iterative, in that they point to other potential combinations, offering the viewer a window on their own thought and experience.